Devlog Calm Before the Storm

You are using an out of date browser. It may not display this or other websites correctly.
You should upgrade or use an alternative browser.
Development Manifesto: The Calm Before the Storm

Hello there, it's been a while! A year, almost, to be exact. Yes, it's true. We are bringing the server back. And this website's existence is direct proof of that. However, there will be some very major differences this time around.

The biggest change is that we are replacing our weird survival/RPG hybrid gimmick with something far more consistent and palatable: a full on RPG experience. This means, unfortunately, that players will not be able to build, claim land, brew potions, etc. If the demand is high enough, however, we may open separate servers for other game modes later on. But our primary focus from now on will be delivering the content that made the original server popular; i.e. sprawling dungeons, crazy custom items, and a unique blend of lore, magic, and madness.

We will accomplish this by streamlining progression through the entire server while also increasing the depth of the immersion and exploration. For example, we are reducing the number of menu-based teleports in favor of making intuitive entryways and exits for players to walk through, which will enable us to create modular dungeons which never have the same layout (done through a very clever combination of regions, teleports, and command aliases) and hide better secrets. A very pleasant side effect of this design change, specifically, is that players will now always respawn in the same dungeon they have died in (with the exception of areas that require a consumable key to access).

Another major change is that we are moving away from large major content updates towards smaller seasonal events (for example, four dungeons on a weekly rotation, letting players access each one for one entire week out of four weeks) that can be quickly developed and automated for replay value. This is achieved through a combination of shop conditions, item management, and continuous iteration on the new modular dungeon model described earlier.

We have chosen this because the biggest pitfall of the original Aryntius server was that content simply didn't stay interesting for long enough to actually build a proper playerbase. Veteran players often fully-cleared new content in less than 2-3 days and then went offline until the release of the next major update. Meanwhile, newer players were often lost in the unintuitive dungeon, item, and rank progression systems, most commonly getting stuck on Labyrinth Floor 3 and then leaving, never to return. Of course, this doesn't mean ALL content will be on a rotating schedule. The current plan is to have a core set of content that will always be available for players to access while special areas will have the new rotation system, usually reached through some kind of key item (similar to the Atlas in 2.3.0).

Even with content rotations, however, seeing the same items and drops will eventually get old. Hence, we have elected to replace our original item system with a modular one, so a single item will now have dozens of different variants depending on the limited amount of modifiers it possesses (rolled from a much larger list of modifiers). This will be especially obvious in the earlygame zones where most, if not all, of the items dropped will be completely randomly-generated. Endgame items will likely be a lot more conservative in nature, having a handful of variants (or in the case of uniques, having none at all).

Last, but certainly not least, is the gigantic rework to balance (which will take up probably 95% of the development time, really). The main goal of this is to avoid the situation encountered in the original Aryntius where balance was tossed out the window after reaching the endgame and fights devolved into holding down right click while avoiding one-shot attacks. We have identified the biggest offender here as the sheer amount of sustain players had, which fueled later updates making enemies have even more health and even higher damage values, thus leading to even more sustain-based items being created in what was effectively a deadly feedback loop of power creep. (Notably, this eventually led to the presence of Resistance V, which gave outright invincibility. And that still wasn't enough).

To achieve reasonable levels of balance, the entire structure of combat had to be redesigned from the ground up, resulting in a situation where everything was far slower than before but ultimately yielding bigger impacts. For example, life leech and attack effects negated the need for flasks and similar active items on the original server, which as we mentioned earlier, trivialized the mechanical skill and attention required. But in our case, flasks have become one of the most efficient ways to recover mid-fight, thus increasing their value and impact. Similarly, both players and enemies will move much slower, making speed effects and items with movement skills much more effective for turning the tide of the battle in one's favor.

With these changes, however, balancing the original playstyles (Ranged, Magic, and Melee) became a much more pronounced issue. If players had a similar amount of sustain between playstyles, what point would there be in using melee over some sort of long-range attack? To rectify this, we have allowed melee items to generate much more sustain than ranged/magic items by rolling more aggressive modifiers such as higher levels of life leech and movement speed. In order to avoid tipping the situation too far towards the other end, though, we have determined that all weapons must have relatively low base damage and require additional items to truly be endgame viable, giving ranged/magic players an incentive to use gear that increases their damage while melee players would use gear pertaining to their playstyle.

Where We Are Now

Currently, we are working on creating the core content (items, tilesets, and enemies) necessary for Aryntius' revival. It is estimated that the first major release will end up being 4-5 towns, 20 or so combat zones that are connected to the towns, a boatload of enemies, and an uncountable number of items. The rank system will get an overhaul to simplify progression, and there will be some numerous quality-of-life improvements such as an auction house, boss items being selectable on kill, etc.

Because of the nature of the server's evolution, the vast majority of previous content will no longer exist when the new server is up. Thus, pretty much all enemies, bosses, and items will be brand new and most areas will seem unfamiliar or heavily-modified.

In a similar vein, all previous player data will no longer exist due to incompatabilities with the new structure of the server and also because we would like all players to have a fresh start on a brand new Aryntius.

We hope that this clarifies some of the mystery surrounding our plans for the server, and why it's also taking quite a bit longer than expected (COVID-19 was of no help, either, surprisingly).

Aryntius is dead. All parts of it are dead. New Aryntius is a brand new server but with the same name.
THE KING IS DEAD. LONG LIVE THE KING.

In case you're feeling nostalgic, we have also ported over ALL of the original Aryntius changelogs and manifestos from our now defunct Enjin website. These can be found here and here respectively.
Last edited: April 9, 2020
Click to expand... 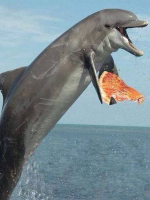